TAKA  Group is a unity of companies under TAKA Indonesia as a holding company (2009), with subsidiaries as follows :

Management Trainee is an exclusive program for a young leader to build career in 12 months. You will be trained, developed intensively and be involved in project to become our future leaders in Taka Group.

Submit your application at the link : bit.ly/MTTakaGroup or scan barcode on the poster no later than November10th 2021 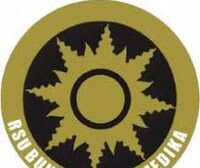